Expired: APPLY FOR THE PRODUCTION INTERNSHIP PROGRAMME AT KZN FILM 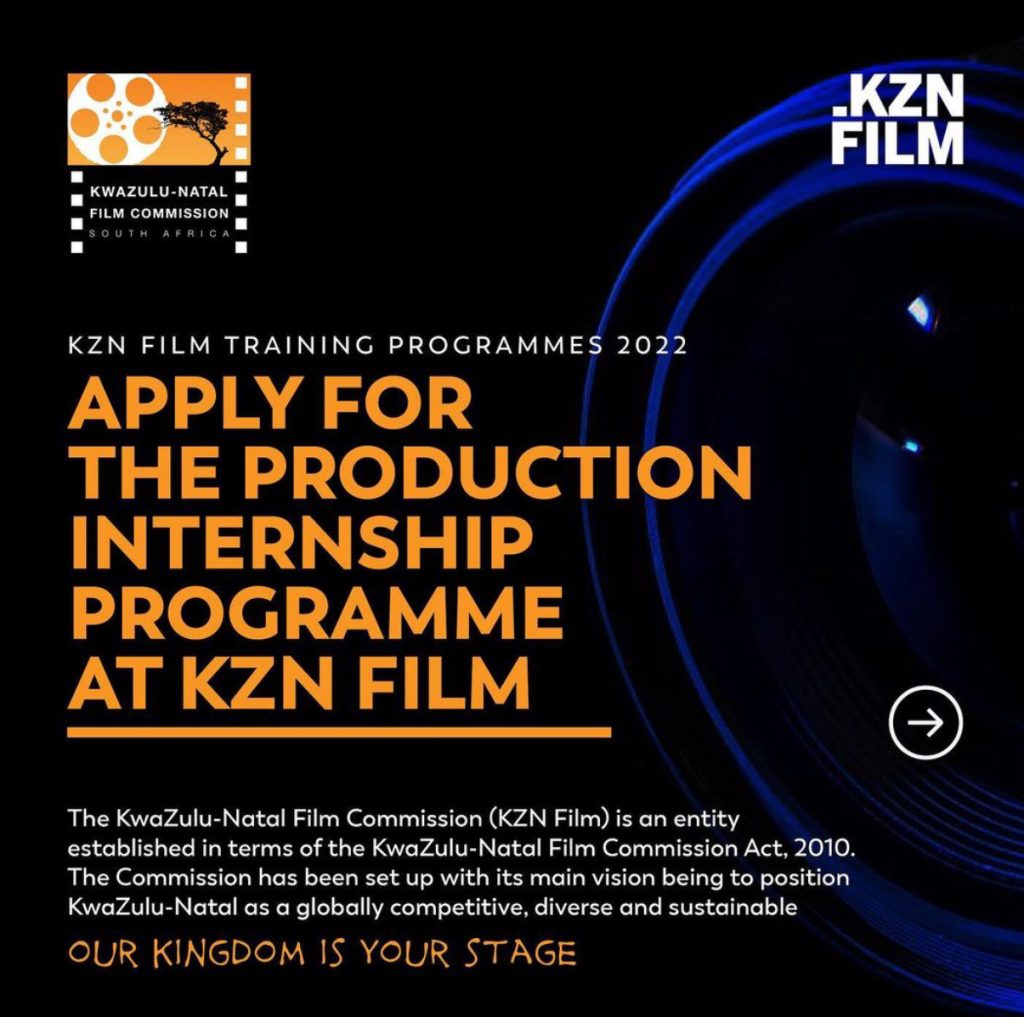 The KZN Film Commission aims to enhance the economy by providing and encouraging opportunities for persons, especially from disadvantaged communities to enter and participate in the film industry in the province. In so doing, it aims to contribute to an enabling environment to job creation. The Human Capital Development (HCD) Programme under Marketing and Industry Development is designed to develop skills in KwaZulu-Natal focusing on previously disadvantaged filmmakers across the value chain of film and television. HCD intends to extend its training and development skills by offering internships to its trainees with long-term productions in the province.

KZN Film has partnered with five productions in KZN who are prepared to take on interns. The production companies will provide the work readiness training that, mid to long-term productions are able to do.

The internships range from 3-12 months based on the needs and requirements of the interns.

Applications must be emailed to skillsdev@kznfilm.co.za