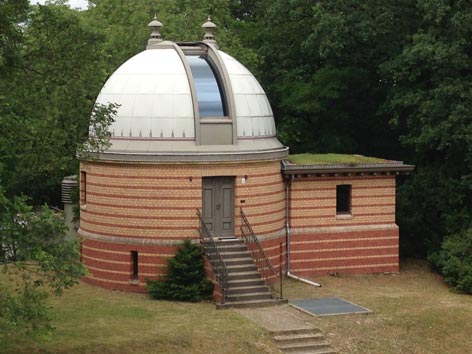 Climate change is no longer a scientific, but a societal and policy problem. Consequently, various societal groups need to be involved in solution development as well as in debates on what sustainability may look like. To foster exchange and discussion between artists and scientists, the DAAD Artists-in-Berlin Program, the Potsdam Institute for Climate Impact Research (PIK) and the City of Potsdam Department of Culture and Museums have joined resources to offer an artistic residency at PIK.

Founded in 1992, PIK addresses crucial scientific questions in the fields of global change, climate impact and sustainable development. Researchers from the natural and social sciences work together to generate interdisciplinary insights and to provide society with sound information for decision making. The main methodologies are systems and scenarios analysis, modelling, computer simulation and data integration.

The historic buildings of the institute and its high-performance computers are located on Potsdam’s Telegrafenberg campus, a unique ensemble of research facilities built in the nineteenth century. Since 2011, PIK has used the building formerly housing the “small photographic refractor” as a studio for visiting artists and as a place for scientists and artists to come together.

Artists-in-residence at PIK are provided with accommodations in the city of Potsdam and studio space at PIK, as well as a stipend paid in three monthly installments in order to offset living expenses and costs for materials and travel. During their residency, guest artists are expected to interact with the scientific community and present their work to the public in Potsdam and Berlin.

Applications are welcome from international contemporary artists working in a wide range of disciplines including visual art, film, literature, music/sound, curating, design and theory. This year, the residency will take place for a three-month period from September to November 2020. Awardees are selected by representatives from the DAAD Artists-in-Berlin Program, the City of Potsdam Department of Culture and Museums and PIK, along with two independent jury members.

Please submit the following documents via email only: