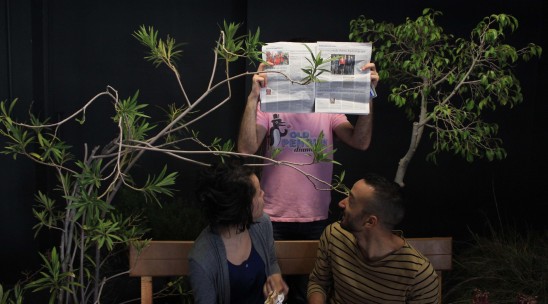 Ashkal Alwan is pleased to announce the open call for applications to participate in the eighth edition of Home Workspace Program (HWP), taking place in Beirut from October 8th, 2018 through July 22nd, 2019.

HWP is a 10-month study program that enrolls 10-15 fellows every year. The program is open to artists and writers aiming to develop their formal, theoretical and critical skills. Each fellow is granted a merit-based scholarship and a shared studio space. Some of the program’s lectures, seminars, and workshops are open free of charge to non-enrolled participants.

The program begins with a two-week Preface, offering an in-depth introduction to the program, as well as to Lebanon’s urban and cultural landscape, conducted through site visits and discussions with invited guests.

The Preface is followed by six Workshops led by Visiting Professors (VP). The VPs are invited for an extended period of time, alongside guests of their choice, to explore forms, themes and media affined with their distinct artistic practices.

In parallel, the Seminars consist of up to six hours of lectures, over a two-day period exploring concepts, histories and practices close to the guest’s current or former areas of interest.

The Resident Advisor accompanies fellows for the duration of the program through tutorials, group and individual critique sessions.

Fill out the application form here