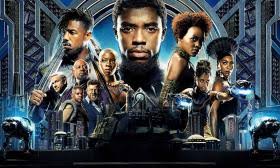 In light of the hugely successful, and critically acclaimed, film release of the film Black Panther (Coogler 2018); as well as the debates surrounding the film, this Call for Chapters is dedicating a book to this very pertinent film. The film focuses on the themes Afrofuturism; of identity; dehumanisation; feminism; alienation; and reclamation. It also allows for the exploration of other themes integral to the experience of Africa and the Diaspora, including (but not limited to) slavery; apartheid; othering; marginalisation; history; colonisation; post-colonisation; memory; trauma; and, decolonisation (see Karam and Kirby-Hirst 2019).

We are therefore looking for original contributions from researchers working on any aspect of
Black Panther; including the comic books and graphic novels upon which the film is based.
Contributors are therefore invited to focus on issues and questions such as:

Please send an extended abstract (of between 300 – 500 words maximum, excluding sources) outlining your chapter to reach us no later than 17th December 2019: bpafricadiaspora@gmail.com

Please include the following information:

SUCCESSFUL ABSTRACTS: The authors will be informed of the outcome of the selection process by 21st December 2019.

Authors of abstracts selected for inclusion will be invited to submit a full chapter of approximately between 5 000 and 7 000 words in length (including references) by no later than 27th MARCH 2020. All submissions must be formatted according to the Harvard Abridged Method of referencing.

Note: All full submissions will undergo a double-blind review and there is no guarantee of acceptance of the final chapter prior to the completion of the review process.