CALL FOR PAPERS – ART BEYOND THE POLITICS: AFRICA AND THE ‘OTHER EUROPE DURING THE COLD WAR 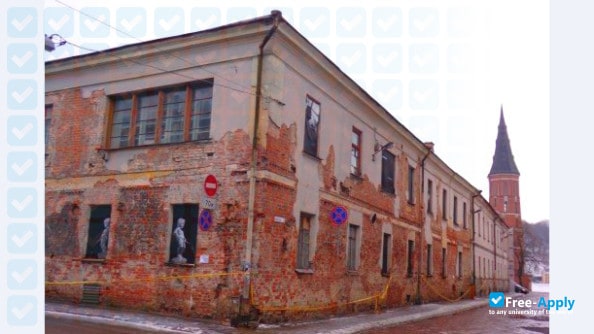 An international conference exploring transcontinental cultural relations, representations, and imaginations that occurred and developed between the countries of Africa and Eastern and Central Europe during the Cold War era.

The countries of Central and Eastern Europe (CEE) engaged substantively with many newly independent African states for economic, political, ideological, and cultural purposes during the Cold War. They were well regarded by African countries because of their non-imperial history and therefore alternative partnership approach. CEE countries provided support to liberation struggles, as well as offered large amounts of technical assistance and loans to partners in Africa. They developed new forms of global knowledge and institutions to support a wide-ranging program of socialist ‘export’: theatre and film, economic and scientific expertise, humanitarian aid and political ideals – all were essential to the grande ort to extend ‘socialist modernity’ globally.

This also in return reshaped Central-Eastern Europe, as African students, workers and exiles imported African cultures into the region, alongside popular media, art, and political solidarity movements. The links between Central-Eastern Europe and Africa suggest the importance of examining this still unconventional perspective on the configuration of the Cold War, which is traditionally viewed as centering around superpower rivalries. In contrast to the Western vision of one homogenous ‘Soviet bloc‘, the view from the Global South reveals evolving motivations and sometimes contradictory aims of artistic mobilities from socialist countries, whether East Germany, the Soviet Union (including the Baltic States), Poland, Hungary, Yugoslavia, and Bulgaria, among others.

The cultural geography of the Cold War was inevitably shaped by a network of links between the Soviet and the US spheres under the new era of decolonization. A new expanding language of socialist ‘fraternity‘ across continents facilitated this exchange of cultures. Africa occupied the imagination of some CEE artists and writers as a way to escape one’s poor socialist reality and enter a new, open, and intriguing world. For many CEE citizens, Africa encapsulated the world outside the Soviet bloc, differing from it in almost every respect. Many saw it both as a chance for self-realization and as prospects for some tangible financial gains. This conference aims to fill the lacuna of knowledge about both the actual and imaginary cultural links between Central-Eastern Europe and the African continent during the Cold War era.

It proposes a reconsideration of whether and to what extent artistic exchanges between these non-Western contexts might escape historically developed power relations between Europe and Africa and its role in postcolonial and decolonial debates.

Since neither Africa nor Central and Eastern Europe are homogenous and consist of countries with different historical and cultural backgrounds and contemporary realities, we especially invite the discussion of possible theoretical frameworks and research methodologies that overcome the objectification of Africa and/or Central Eastern Europe.

We seek to gather scholars, curators and artists working in the fields of art history, cultural studies, art, architecture, design, fashion, cinema and theatre, musicology, literary studies and other disciplines to explore the formation of cultural relations between the regions or particular states.

Potential topics include but are not limited to:

PLEASE SEND TO DR. KARINA SIMONSON (karina.simonson@vda.lt) A 300-WORD ABSTRACT OF YOUR PROPOSED PAPER AND A SHORT BIO BY JUNE 20TH, 2021.

The selected participants will be notified by June 30th, 2021.
Conference fee: 50 EUR.