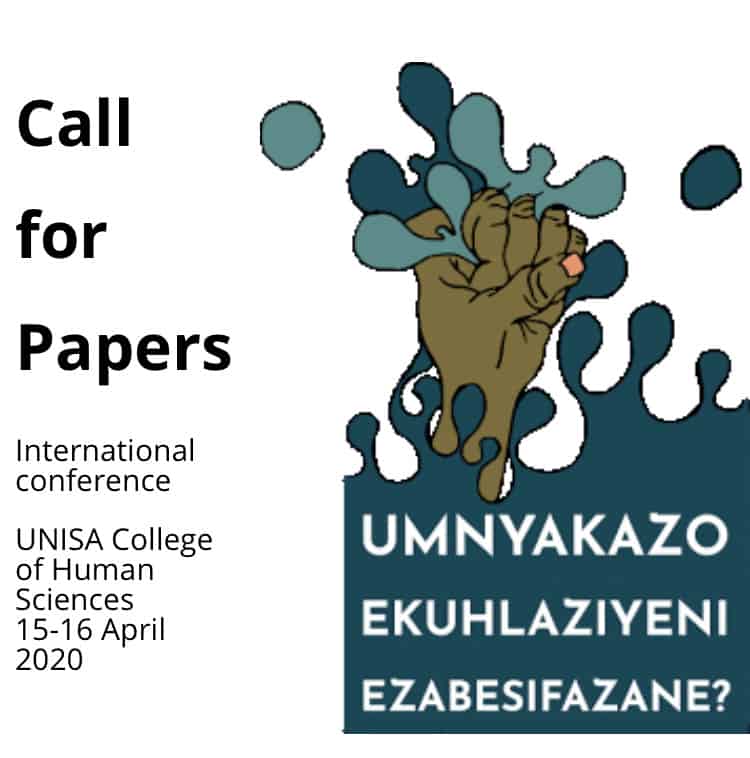 “Difference must be not merely tolerated, but seen as a fund of necessary polarities between which our creativity can spark like a dialectic” – Audre Lorde (1984)

“Living as I have argued we do in the wake of slavery, in spaces where we were never meant to survive, or have been punished for surviving and for daring to claim or make spaces of something like freedom, we yet reimagine and transform spaces for and practices of an ethics of care (as in repair, maintenance, attention), an ethics of seeing, and of being in the wake as consciousness; as a way of remembering and observance that started with the door of no return, continued in the hold of the ship and on the shore.” – Christina Sharpe (2016)

“So what kind of feminism exists in an African context? In view of what I have argued as well as the realities of Africa, we should more correctly say: What feminisms exist in Africa? Indeed there are many feminisms, depending on the centre from which one is speaking or theorizing around the junctures of race, class, caste and gender; nation, culture and ethnicity; age, status, role and sexual orientation.” – Molara Ogundipe-Leslie (1994)

in the steps of authors such as Molara Ogundipe-Leslie, Feminist Readings in Motion? seeks to provide a platform from which to engage with the richness and diversity of the many feminisms that have been proliferating particularly in Africa. As a point of departure, the conference embraces reading understood not only as a critical and scholarly activity but also as a key aspect of feminist political and creative interventions. Through this lens, the conference will tackle particularly the issues of migration, border-crossing and nomadism that include not only the literal movement of people but also the migration, border-crossing and nomadism of thought, practices, epistemologies and aesthetics.

In her book In the Wake: On Blackness and Being (2016), Christina Sharpe explores how the contemporary capitalist world has been fundamentally structured by cartel slavery. The “wake” of the book’s title refers to “the track left on the water’s surface by a ship; the disturbance caused by a body swimming or moved, in water; it is the air currents behind a body in flight; a region of disturbed flow.” She argues for a theorisation that stays in the wake and acknowledges the ever-present impact of slavery on the present, including the movement of migrants and their inhumane treatment.

While primarily focused on contemporary movements, one of the questions to be addressed at the Feminist Readings in Motion? the international conference is also what this necessary “wake work” would look like in the (South) African context, keeping in mind not only the wake of the slave ships but also of colonial ships: What would a specifically feminist version of this African “wake work” look like? By grappling with such questions, Feminist Readings in Motion? seeks to critically explore the unjust global hierarchies along the axes of race, gender, class, sexuality, geography and language, and other and unseen axes which negatively affect particularly those who are Black, women, queer, trans, from working-class backgrounds, in the Global South, the differently abled and migrants, and thus open a space for imagining ways in which these hierarchies can be contested.

We welcome readings including but not limited to the following topics:

Keynote addresses will be delivered by:

Abstracts of 200-300 words for 20-minute presentations, including a short biographical statement (max 100 words), should be submitted to the conference organisers to feministreading@gmail.com by 3 January 2020 (deadline for submitting abstracts extended to 25 January). We particularly welcome proposals that are collaborative and that involve novel, experimental and audience inclusive formats such as workshops, discussions, conversations, collective reflections and performance presentations.

Conference Fee and Assistance
The conference fee is R700. If you do not have access to institutional funding, please apply for a conference fee waiver by attaching a cover letter (200-300 words) justifying your claim along with the abstract and biography in your application. Additionally, 3 bursaries to participate in the conference and a follow-up symposium (17-19 April) are provided to emerging scholars, two from South Africa and one from another African country, who come from underprivileged backgrounds with no access to institutional funding. The bursary will assist with accommodation, travel costs and conference fees in the total cost of R5000 for those based in SA and R8000 for a participant based in another African country. For further details on bursaries for participation in the conference and symposium email feministreading@gmail.com.