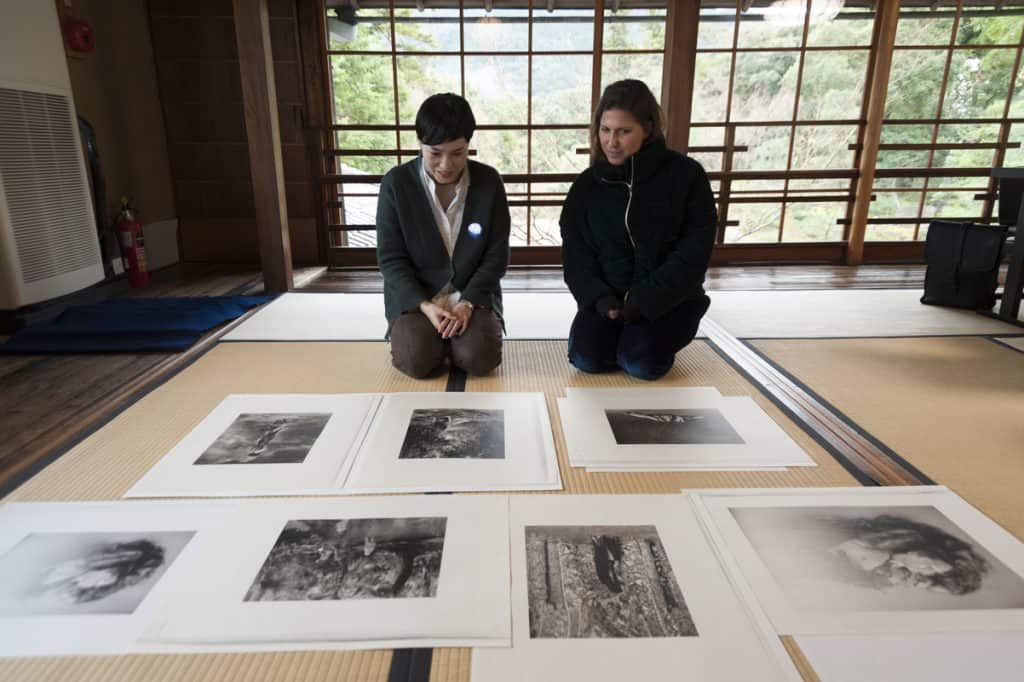 About the Hariban Award
Japanese website
Presented by Benrido, the Hariban Award combines a 160 year old analog technique with contemporary photography. Glass plates have been used as the base for collotype printing plates which still continues today. The award is called “Hariban ” as “Hari” means glass plate and “ban” means printing plate in traditional Japanese. This Award invites professionals and amateurs alike to submit black and white photographs for a chance to win. Submissions are judged by an international group of Jurors and the Grand Prize Winner receives a two-week residency in Kyoto, Japan to collaborate with the master printer’s of Benrido.

The Grand Prize Winner of the Hariban Award will travel to Kyoto, Japan to spend two weeks working with the Master Printer to realise their winning body of work in collotype.

While in Kyoto, the Grand Prize Winner will:

Solo Exhibition 2021
The Grand Prize Winner’s collotype prints will be exhibited in a solo exhibition of their works the following year.

All finalists will have a selection of their work published in the official Hariban Award catalogue printed in collotype and hand-bound by traditional binders in Kyoto, Japan.

Honourable Mentions
Runners up from the final round of judging will be given honourable mentions. An image of their submitted work will be printed and published within the official Hariban Award catalogue. The runners up will also receive copies of the catalogue for their personal use.

About Collotype
Established in 1887, Benrido has specialised in the unique printing technique known as Collotype and today remains as one of only a few studios left in the world capable of making fine colour collotype prints.

Collotype is an alternative printing process that was invented in 1855 by the French engineer Alphonse Poitevin as a method for photographic fine art printing. Photographic prints of the 19th century had poor image preservability, and over time gradually faded and discoloured. To compensate for this, various printing methods using pigments were devised, one of the established techniques among them was collotype.