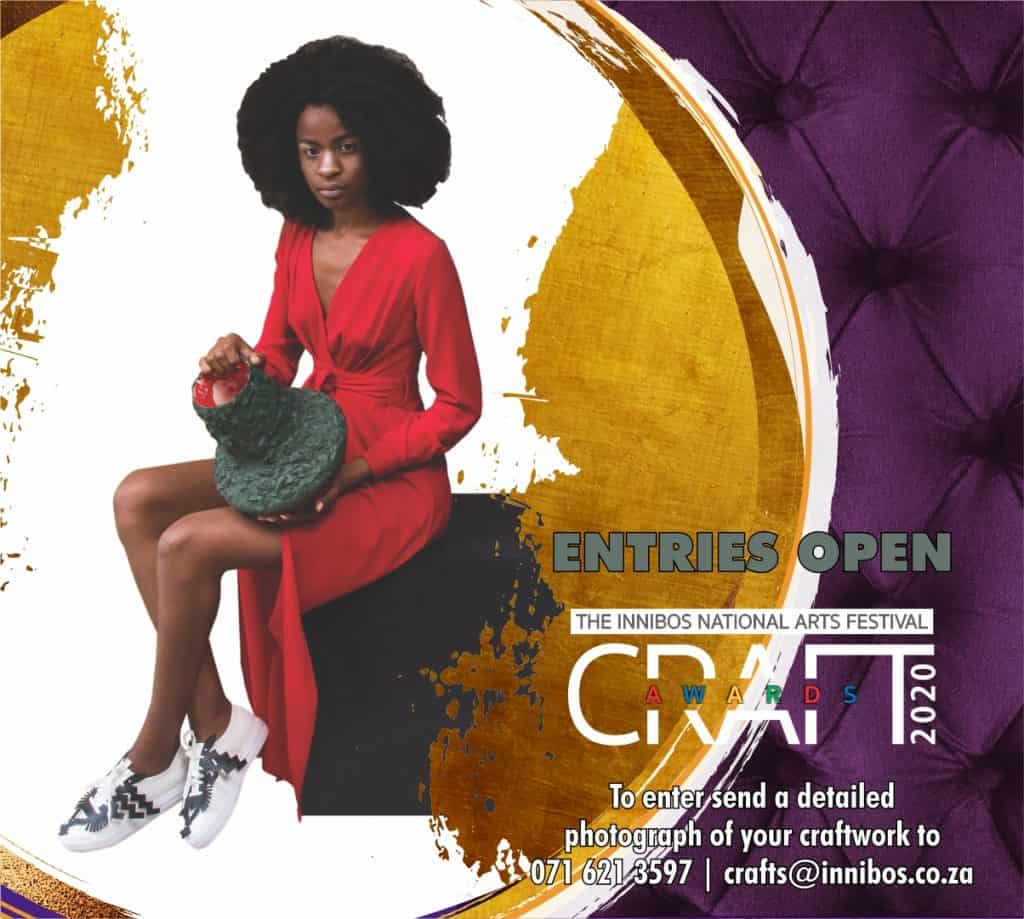 Launched in 2017, the competition last year attracted over 1 200 entries, up by over 400 entries from the inaugural competition.

The awards are organised by John-Anthony Boerma and Jan Bhuda of ArtAid Africa and are hosted under the auspices of the National Innibos Arts Festival.

From the get-go, the organisers were intent on creating a competition that was as inclusive as possible and four years later, this remains unchanged. Entry is thus free of charge and the entry process is simple – requiring only that a photo of the craft item be submitted, along with the entrant’s details.

“The competition is focused on showcasing the excellence of skill among South Africa’s crafters, from established artists with their own studios to those emerging craftsmen whose mastery is forged from nothing more than their own determination,” says John Anthony.

The overall winner walks away with R50 000, the first runner-up with R20 000 and the second runner-up with R15 000. Just as valuable as the prize money, however, are the connections forged with like-minded individuals and the exposure of their talent on a national stage.

Both John Anthony and Jan have years of industry experience – as artist, trainer and curator – and intimately know just how exceptional the level of craft skill is in South Africa.

Nonetheless, they have been amazed by the quality of entries, diversity of mediums and technical expertise shown by the entrants over the past years.

Forty entries will be shortlisted and put forward for final judging. The adjudication panel will be announced next year, but as always, the organisers are committed to ensuring that the judges are experts in their field who will uphold the integrity of the competition.

The winners will be announced at the National Innibos Craft Awards Exhibition and Prize-giving on Sunday, June 21, 2020, at which all 40 shortlisted entries will be displayed.

The exhibition will remain open to members of the public for the duration of the annual Innibos National Arts Festival, which attracts over 100 000 visitors each year.

“Innibos aims to create a platform for the development and enjoyment of all genres of art, so the National Craft Awards is a natural evolution of Innibos, which is synonymous with celebrating South African talent,” says Sandra Jacobs, one of the founders of the Innibos National Arts Festival.

Crafters have until midnight on May 1, 2020, to enter. They need simply take a photo of their entry – next to a matchbox for the size of scale, and either email it to crafts@innibos.co.za or send it to 071 621 3597 via MMS or WhatsApp. There is no entry fee.

Ts&Cs apply and can be found on the competition’s Facebook page – https://www.facebook.com/Innibosnationalcraftawards.

Remember to include your name, the town in which you live and your contact details.

Entrants who have not heard from the organisers within 30 days of the closing date must take it as given that they did not make the shortlist for final judging.

The finalists must be available to attend the exhibition opening and prizegiving on June 21, 2020.