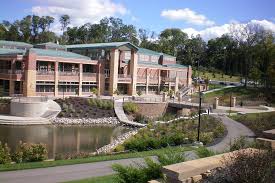 The Anderson Center provides residencies of two to four weeks’ duration from May through October each year to enable artists, writers, musicians, and performers of exceptional promise and demonstrated accomplishment to create, advance, or complete work. There are typically 5 residents at the Anderson Center at a time, and the organization hosts approximately 35-40 residents each year.

The program is one of the largest of its kind in the Upper Midwest. Since the Center opened in 1995, over 800 artists from 45 states and 40 countries have participated in the program. Residents have come from countries including Argentina, Australia, Cameroon, Canada, China, Croatia, Denmark, Egypt, England, Estonia, Georgia, Germany, Greece, India, Iran, Israel, Italy, Kenya, Korea, Latvia, Lithuania, Mexico, Norway, the Netherlands, New Zealand, Russia, Spain, and Uganda.

Residencies begin on the 1st of each month and end on the second to last day of each month. If a residency is for two weeks, it will begin on the 1st or 16-17th of each month, and end on the 14-15th or second to last day of the month. There is no charge for the residency, and all food is provided. Outside of the Emerging Artist, Deaf Artists, & Public Artist programs, additional funding is not available at this time. Residents must arrange for their own transportation to the center, or to the Minneapolis-St. Paul Airport, or to the train station in Red Wing.

The Anderson Center Residency Program was established by a working poet to support other artists and continues to be led by administrative staff with hands-on experience in the creative process. The Anderson Center trusts artists to best use their time to benefit their own work and reach their own goals. The expectation is that the program’s cohort model and distinctive setting, along with the gift of time and space, generates significant advancements in residents’ work.

As an interdisciplinary arts organization, the Anderson Center embraces artists who are diverse in every way. Since its inception, the organization has intentionally worked with artists representing a wide range of disciplines, with the belief that the exchange of ideas is generative. The residency program supports artists from around the world, representing a wide range of cultures, races, sexual identities and genders. The Center intentionally works to make space for people and ideas to comfortably come together and operates with a spirit of welcome for all.

For participating artists, the Residency Program creates connections within artist cohorts, as well as with other creatives and community members in Red Wing. The goal is that these relationships outlast the duration of the residency visit. The organization believes that the environment and resources of Tower View, along with fellowship and an exchange of ideas across disciplines, generates inspiration and new directions for the work artists create while in residence.

The Anderson Center campus consists of 350 acres of the historic Tower View Estate, built by Dr. Alexander Pierce Anderson between 1915 and 1921, on the western edge of Red Wing, Minnesota. The estate’s original buildings are listed on the National Register of Historic Places. The Center features a large sculpture garden, and is adjacent to the Cannon Valley Bike Trail, a 20-mile biking and walking trail that runs from Cannon Falls to Red Wing.

The Center is approximately 45 minutes southeast of Minneapolis and St. Paul, and 5 minutes northwest of the small but charming town of Red Wing. Transportation is provided between the Center and the Minneapolis-St. Paul Airport (MSP) on the first and last day of residencies only. Residents who choose to drive will have access to private parking on the property. Residents without cars can either use one of the Center bicycles to ride into town (about 5 miles) or, often, can get a ride in with another resident.

The community of Red Wing, Minn., (pop. 16,000) is nestled amidst the scenic bluffs of the upper Mississippi River. The town is settled on the ancestral homelands of the Mdewakanton & Wapakute bands of the Dakota people. The City of Red Wing is named after Tatanka Mani (Walking Buffalo), a leader of the Mdewakanton Dakota in the upper Mississippi Valley who wore a ceremonial swan’s wing dyed in brilliant red. In 1815, Tatanka Mani and his people moved their village south to a place they called Khemnichan (Hill, Wood, & Water) in present-day downtown Red Wing. Euro-American immigrants who met him as they advanced into the region in the early nineteenth century came to know him and his village as “Red Wing.”

Since its settlement and eventual incorporation in 1857, Red Wing established itself as a center for agriculture, industry, tourism, medical care, technology, and the arts. The Red Wing Shoe Company and its iconic brands, in particular, continue to have a significant impact on the community’s economic, business, and community development climates. Natural resources abound with Red Wing’s riverfront, winding paths through the majestic bluffs, bike trails, and 35 city parks. The Prairie Island Indian Community is located northwest of the city. Frontenac State Park is to the southeast on Lake Pepin. Minnesota State College Southeast Technical’s Red Wing campus is known for its string and brass instrument repair programs. The MN Dept. of Corrections also operates a large juvenile residential facility in Red Wing.

Other amenities include a destination bakery, a chocolate shop, coffee shops, restaurants, the flagship Red Wing Shoe Company store, Goodhue County Historical Society Museum, the Red Wing Stoneware & Pottery store, the Pottery Museum of Red Wing, a Duluth Trading store, the Red Wing Marine Museum, a Target, several pharmacies, a plant nursery & garden center, a Mayo Health System Hospital, a small independent bookstore, and a public library (the Center has arranged for residents to have access to a library card for their month at the Center)