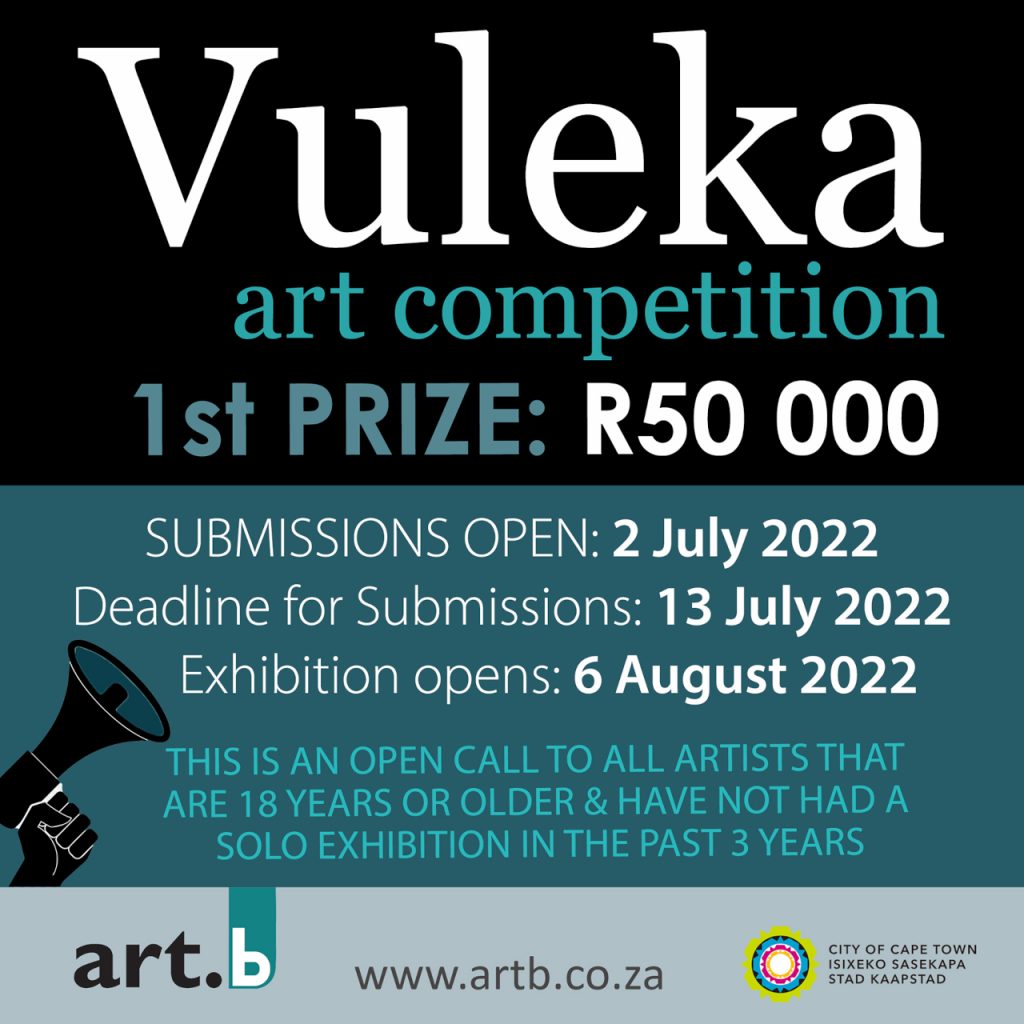 Vuleka, meaning “open” in isiXhosa, is a competition initiative of the Arts Association in Bellville. It is held annually at the Art.b Gallery, a space administered and managed by the City of Cape Town’s Directorate of Tourism, Events, and Marketing and Marketing.

Vuleka was established by Art.b Gallery in 1963, making it the oldest continuous art competition in South Africa. Celebrating its 58th birthday this year, the competition is aimed at inspiring creativity and artistic vision amongst emerging and established South African artists. It’s open to all artists who have not held a solo exhibition in the past three years, are South African citizens and 18 years or older.

According to the historical records of Art.b, the competition has drawn entries from now prominent artists over the years including William Kentridge, Sue Williamson, Christo Coetzee, Pippa Skotnes, Andries Gouws and many more.

Entry fees:
Members of the Arts Association of Bellville: R 200 per work
Non-members: R 250 per work

Round 1
The competition is open only to artists who are who have not had a solo exhibition in the past three years.
Only original works of art completed during 2021/2022 may be entered.
A maximum of 5 works may be entered. (no diptychs or triptychs may be entered as a single work.)
Images of artworks must be submitted online at www.artb.co.za from 1:00 on 2 July 2022 to 23:59 on 13 July 2022.

Banking Details:
Account Name: SA ARTS ASSOCIATION BELLVILLE
Bank: ABSA
Acc No.: 01022111970
Type: Cheque account
The entry fee is non-refundable.
The Proof of Payment for the entry must be uploaded on the website, at the same time as the work(s) are uploaded.
The adjudicators will select 80 works to go through to Round 2.

Entries are open online via the art.b gallery website at:
www.artb.co.za/vuleka/entry-form
Successful artists will be notified